This is an overview of the upcoming changes to the DHT Staking Mechanism. Timing of this going live is dependent on a few factors, including completion of a contract audit. Announcements will follow as launch date approaches.

The new design aims to closely align DHT emissions with protocol revenue (fees) such that the overall sustainability of the DAO is improved.

Development of this new mechanism has advanced to the point where it’s live on a staging environment and is undergoing testing, and will be subject to a contracts audit.

Launch of this new mechanism is scheduled immediately after the upcoming dHEDGE Blue Volcano release, approximately timed for mid September. This is of course pending audits and testing as mentioned above.

But in the meantime, here is a how-to guide of what the new mechanism means to users, and an overview of how to optimize it for potential positions.

A major upgrade to staking DHT is that it will now be available on Polygon and Optimism. This represents a migration of governance from ETH mainnet to L2’s which is consistent with the recent Product developments on dHEDGE.

The revised staking mechanism has focused on enabling DHT with two main functions:

The fundamental improvement of Staking 2.0 is the new requirement that Staked DHT is now required to be paired with a portion of staked dHEDGE pool tokens, creating a ‘staked position’.

These Staked Positions enable a user to amplify the returns they’re achieving through the pool performance.

This amplification is achieved by a combination of three factors:

The overall outcome of this new staking program is designed to:

An additional feature of this staking mechanism is that rewards are only realized once the staker realizes them via unstaking. Rewards do not accrue cumulatively as per other staking programs. The staker needs to make a claim decision when factors such as pool performance, staked duration and vDHT are optimized to make a claim.

To receive DHT rewards, a user is required to stake a portion of DHT tokens and dHEDGE pool tokens (DHPT). These are ‘paired’ to form a ‘staked position’. This staked position is returned to the staker as a NFT.

🚀
To maximize DHT rewards, a position is fully optimized when it:

1. Has been staked for over 9 months
2. The DHPT performance from start of stake has achieved 50% or over
3. Staked DHT(vDHT) >= 6 times initial dollar value of the paired DHPT

Users create a staked position by staking DHT paired with some DHPT.

Once this staked position is created, three things start happening:

Multiple of these staked positions can be created using different pool tokens.

Staking rewards are realized when a Staked Position is closed (or ‘unstaked’). Returning the currently eligible DHT rewards to the user. These rewards are tracked constantly in the dHEDGE Staking Portal..

Once a user opens a staked position via staking DHT with some DHPT, the positioning begins accruing vDHT (voting DHT) over time. vDHT accrues linearly over a 9 month period until a maximum amount of vDHT is accrued, equivalent to the number of DHT staked initially.

The primary utility of vDHT is for voting as part of dHEDGE governance. It also factors into calculating DHT staking rewards.

To earn DHT staking rewards a user is required to create a staked position.

A staked position is created when DHPT is staked in a pair with staked DHT. A user can create multiple ‘staked positions’ with different pool tokens, and each one will be represented by an individual NFT (ERC721) - similar to the way UniV3 LP pairs are represented.

The amount of DHT rewards a staked position receives varies with two main factors: the amount of time the position has been staked for (Duration Bonus), and the investing return that pool has returned since being staked (Performance Bonus)

The ratio of vDHT to DHPT is also important. To optimize DHT returns, a staked position must supply a minimum of 6x vDHT to the initial dollar value of the staked pool tokens. For instance, if staking $1000 worth of Stablecoin Yield, maximum DHT rewards are realized once the staked position accrues 6000 vDHT or more.

In the below equation, S needs to be greater than or equal to 6 for max rewards.

In the case where this ratio decreases, accrued rewards will be reduced by the same ratio.

The Staking Ratio is a linear scale from 0 to 1 which is the ratio of:

The Emissions Rate is variable to control the flow of emissions over time. The default value is 1.0.

When DHPT is unstaked, the DHT rewards are calculated and will begin a 7 day linear vest. These can be claimed at any time.

The potential return can be easily calculated by using the integrated calculator:

Once boost staking is live, DHT staking on ETH mainnet will be depreciated, along with Performance Mining on all chains.  All stakers who previously locked DHT will be able to claim the underlying DHT along with any outstanding cumulative rewards from both staking and performance mining.

Boost Staking aims to be launched immediately after the scheduled Blue Volcano release in mid September 2022.

Stay tuned to updates via Twitter, Email, and Discord. 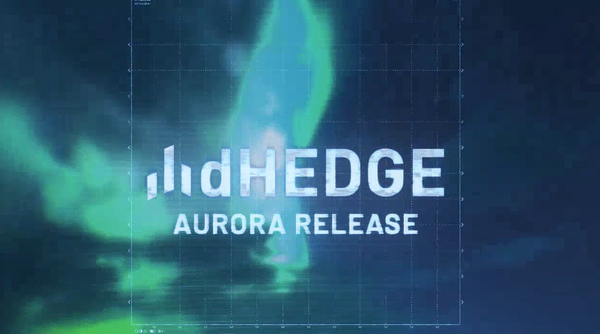 What a crazy time it has been! I hope we are all doing well during the mostly down or sideways markets. What is the catalyst to kick this cycle back into gear? Let's reflect on dHEDGE Horizons product release from mid December: The Horizons release consists of 4 major parts: