Preface. For convenience, in the article we will consider the dynamics of the price of bitcoin, but talk about the situation on the market as a whole. This coin can be considered as a general index of the cryptocurrency market, because often where bitcoin goes, the rest of the top 10 coins go.

On January 18, a rapid decline in the exchange rate began. Everyone expected a speedy rebound, but...

On January 22 of this year, bitcoin reached its minimum in the last 6 months — its price dropped to the level of 35,000 USD

Everyone is panic selling. Bitcoin had a drawdown of 50% relative to its November high of $69,000 USD. The Bitcoin market cap was reduced by more than 2.5 billion USD. The index of confidence in bitcoin has fallen below the plinth.

Why Bitcoin fell: Myths and Reality

As always, the exchange rate of an asset is affected by the totality of all factors, however, it is permissible to assess one or another event in order to understand how it affected the market.

MYTH: Bitcoin collapsed due to protests in Kazakhstan.

Of course, Kazakhstan is not a country where cryptocurrencies have not even been heard of. Already in January of this year, Kazakhstan came in second place after the United States among countries in terms of the total capacity of available mining farms. The escalated political situation, although it affected the bitcoin exchange rate, did not become decisive, as many believe.

What is the index anyway? The S&P 500 is an index of the largest 500 companies in the United States. It can be argued that it reflects the state of the US economy as a whole. Before the fall of bitcoin, this index rushed down.

Investors decided to exit riskier assets (cryptocurrencies) in favor of the S&P 500, because it is most profitable to buy shares of this index at the time of a significant drawdown. For clarity, here is his annual schedule:

This index always shows stable growth, but in January it was able to break even the October minimum. That is why investors decided to rebalance their portfolio. As we can see, they were not mistaken.

REASON #2. Prohibition of cryptocurrencies in Russia.

On January 20, the news comes out on RBC that the Central Bank of Russia proposed to introduce a ban on the circulation, exchange and mining of cryptocurrencies

At 3pm on the same day, bitcoin sank by 7.8%, writes the bell. Earlier, the Central Bank has already issued a report criticizing the cryptocurrency, declaring it too risky an asset and posing a potential threat to the Russian economy. Even then, it was noted that a radical measure would be a complete ban on the use, exchange and mining of cryptocurrencies in the country.

After a few days of falling: interesting news.

1. The Government of El Salvador has acquired 410 BTC for 15 million USD. Now they have 1,651 Bitcoins on their balance sheet.

Of course, it was not without criticism: the president of the country was accused of "wasted money".

2. The head of MicroStrategy, Michael Saylor, published a post where he talked about his intention to get a job at Tahinis in order to earn even more Satoshi against the background of the fall.

4. Robert Kiyosaki promised to buy bitcoin if the price drops to the level of 20,000 USD.

Prior to that, Robert predicted a major stock market crash!

From maximum to minimum. Forecasts from experts.

Let's start with a good one. ARK Invest made a forecast that by 2030 the price of bitcoin will exceed 1 million USD.

At the same time, the Director of macroeconomic research at Fidelity Investments called such a fall "a return to a fair exchange rate."

Against the background of the general hype, other media began to connect. So, JPMorgan magazine lowered its fair estimate of the bitcoin price from 150,000 USD to 38,000 USD. Do you think they are just adjusting to the market or is the revaluation quite fair?

The director of Fundstrat predicted the achievement of a local minimum and identified a technical level of 40,000 USD for bulls. According to him, if this barrier is not breached, bitcoin will remain in a downward trend.

On Friday, February 4th, there was a sharp rebound that broke through the level of $40,000 USD, which was also accompanied by an increase in trading volume.

Analysts predict a return to trend growth within two weeks. This forecast was made based on historical price data.

How did dHEDGE survive the bears? The best bear market players.

Thanks to the flexibility and tools available, dHEDGE managers are ready for any market situation! Looking at pools on the Polygon network showed excellent results. It is not surprising, because of the increased speed and low gas fees make it possible to enter short positions more effectively. Also, rebalancing assets becomes much less costly.

The best pools of January.

As you can see, newcomers have a great opportunity to demonstrate their skills. The top five were small-volume pools, except for the official dHEDGE pool.

Let's start with a review of pools from Toros.finance, whose pools took 3rd and 5th places.

BTC & ETH Bear pools using an automated strategy with leveraged trading. x2 means that each 1% drop in the price will give 2% profit in the pool. On the other hand, each growth of BTC and ETH by 1% entails losses of 2%

The characteristics of the pool can be seen in the screenshot.

Please note that the pool has shown excellent profitability for 3 months - as much as 24%.

UPD: Since the market rebound, this pool has started to show negative performance, so investing in BEAR pools would not be the best solution. This highlights the fact that it is best to use both the BULL and BEAR tokens to maximize returns no matter which direction market turns.

The pool is unique in that its manager started making transactions just after the sharp collapse of bitcoin. As you can see, against the background of the fall, he managed to show a yield of 5%, then it increased to 8%, but this jump is largely due to the overall growth of the market.

Note that the pool has a minimal risk factor, but the performance fee is 17%.

This is one of the automated pools on dHEDGE. Let's see how it works.

Synthetix has a debt pool that all SNX stakers must manage and hedge accordingly. SNX Debt Mirror is a mirror of this debt implemented by dHEDGE. This offers a one click solution for users.

The pool works automatically using the dHEDGE SDK. The pool takes into account those synths whose share in the original pool exceeds 2% - this is done in order to optimize the frequency of rebalancing performed by the bot, which allows you to reduce trading fees. It is fully sponsored by dHEDGE. Therefore, there is no performance fee.

As you can see, this pool showed excellent performance of 11%, which exceeds even today's breakdown of the level of $40,000 USD, when bitcoin grew by 8%. This pool has a low risk factor and does not charge a performance fee.

Congratulations to Ectoplasm and he’s investors on excellent returns! With minimal risks, the pool manager managed to achieve a growth of 14% in a collapsed market!

For convenience, all highlighted pool names are hyperlinks. I invite you to personally familiarize yourself with each of them in more detail. You can analyze each transaction and make your investment decision.

The last week of January made many investors nervous. The fall of bitcoin caused a resonance in the media and social networks around the world. The market capitalization had collapsed by almost $1 trillion!

This article shows how public opinion changes during such market fluctuations. The cryptocurrency market is volatile today, so such ups and downs are a normal phenomenon.

This analysis of pools on dHEDGE shows that even against the background of such a fall, you can protect your funds and even have a positive return. Without being an expert or up to date on world events you can make a profit in a falling market.  You can entrust this matter to professionals utilizing active or automated strategies to protect your wealth. 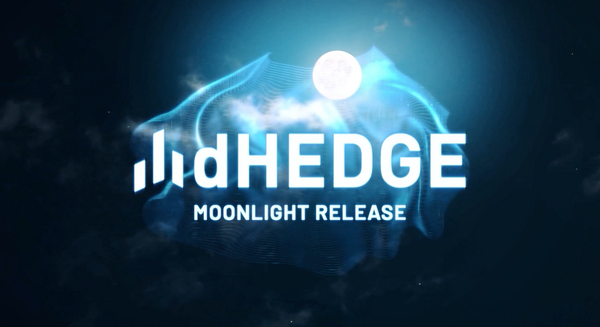 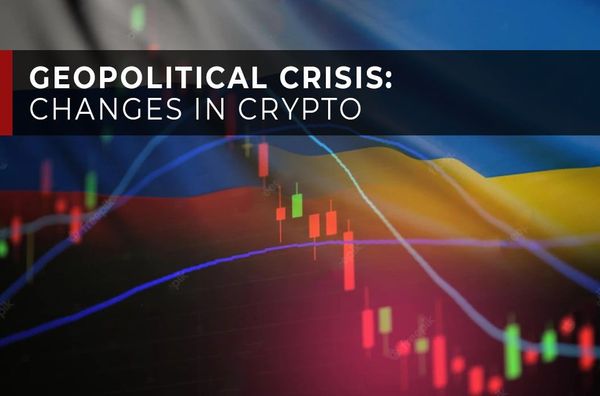